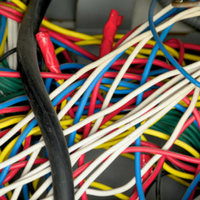 When it comes to having home electrical inspections conducted, their importance can’t be understated. That’s partly due to the fact that before the purchase of a home takes place, being able to detect any issues can avoid having to pay for costly repairs at a later date.

Those living in older homes, ones that have been refurbished and ones with a major new appliance may benefit greatly from having a residential electrician in Arlington check things out. Below are five things to keep in mind when it comes to a home electrical inspection:

In the span of four years from 2007 to 2011, there were more than 144,000 house fires that had electrical issues as the underlying cause of the blaze. The magnitude of that number and the untold number of lives lost offer powerful evidence of the importance of electrical inspections Arlington residents need to demand, depending on their particular circumstances.

These inspections help detect problem areas that can be addressed before the development of any life-threatening issues. Such problems are especially evident for those living in or seeking to purchase a home more than four decades old.

Due to those safety issues and the potential for individuals to also be at risk from some other issue, the costs to insure a home can be directly tied to the home’s electrical system. One that receives constant maintenance by having regular home electrical inspections performed will undoubtedly see reduced costs.

As with any other form of insurance, that protection is generally ignored until it’s actually needed. While some many see a visit from a residential electrician in Arlington as just another bill to pay, the collective savings when it comes keeping things running seem to be a good investment.

Much like the rings of a tree, a home’s age can often be assessed by the electrical wiring contained inside. The oldest ones will be using knob and tube, while ones anywhere for 40 to 50+ years of age can be detected by the presence of aluminum. Both are outdated options that may need to be modernized with the copper variety.

The older wires have a tendency to degrade over time, while another issue stems from the fact that the capacity of the amps is likely limited. In the 21st Century, with smartphones, big screen television and many other new appliances, this explosion of electrical options virtually demands electrical upgrading.

With frequent fluctuations in the energy market, trying to simply get a fix on costs in this area can be difficult. That’s one reason why the type of electrical inspections Arlington residents should receive likely include ways to slice a homeowner’s budget for this fixed cost.

Approximately one-fifth of a homeowner’s budget is spent on electrical costs related to appliance usage. A ceiling fan could be one way to reduce such costs, which will entail proper wiring.

When a homeowner chooses to put their home up for sale, they want someone to purchase it as quickly as possible. One way to avoid any delays is to make sure that the home is up to the most current electrical code. That means going ahead with the conducting of electrical inspections Arlington residents know very well.

Once these are completed, any electrical concerns have been alleviated and negotiations based on clear trust in the information presented can go ahead.

J & B Electrical Services has performed home electrical inspections for over two decades, establishing a loyal customer base. That’s due partly to the work that’s performed on a daily basis by our experienced personnel. Treating customers right and exuding integrity helps us bolster our image, so if there’s a need for a residential electrician in Arlington, contact us.